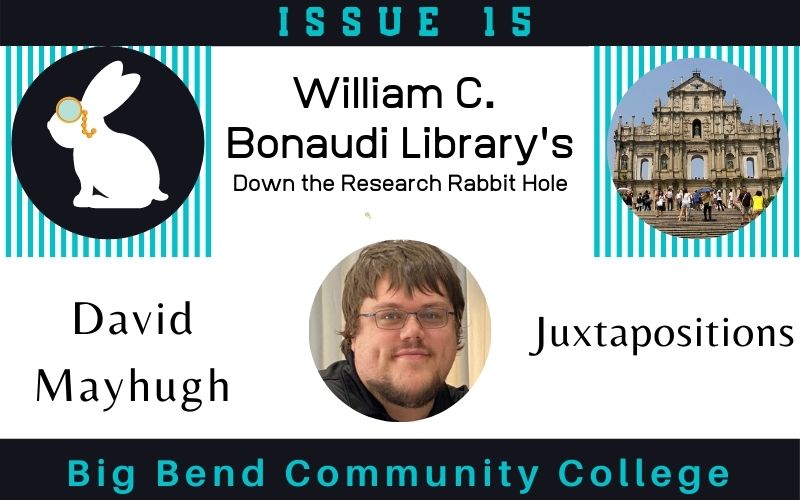 You have a rich background of cultures and languages. Could you share some of those places and experiences?

I was born and raised as a missionary kid in Macau, China.  At that time, it was still a Portuguese colony.  It is right by Hong Kong, so there were some British influences as well.  In general, Macau is a unique blend of East meets West.  At the time, I did not realise that most places in the world probably don't have the juxtaposition of a 2,000-year-old Buddhist temple and a 400-year-old Catholic church being down the street from each other or walking on cobblestone roads seeing a pastel coloured government building next to the historical family home of Dr. Sun Yat Sen.  Culture and language are always intertwined and being a missionary kid in Macau gave me exposure to Portuguese, Chinese, British, Filipino, Korean, Brazilian, and North American (US and Canada) cultures and languages.  You learn to be quite comfortable hearing multiple languages, at once, whether you can understand them or not.  It gave a lot of opportunity to find similarities and differences between the cultures and blend them together into my own personal culture.  For me, it was mainly a blend of Chinese and American cultures, as these were the strongest two in my life growing up.  I could probably talk more about all of this, but let us move on for now. 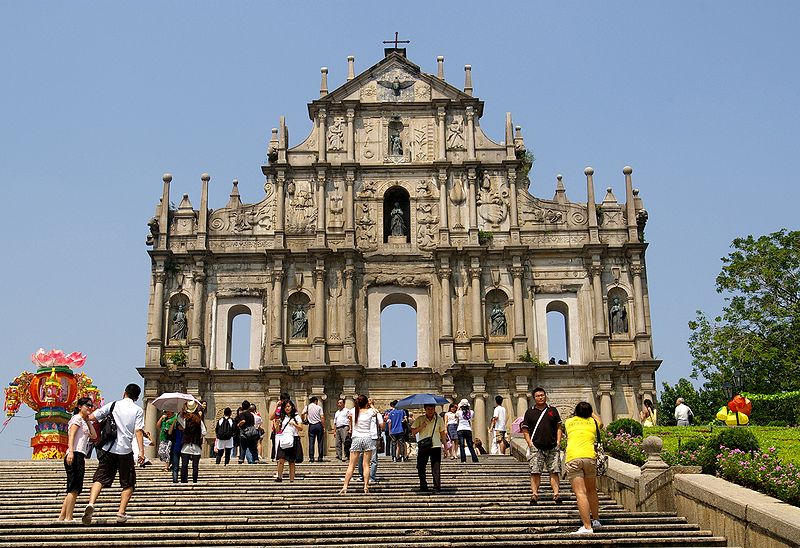 Almost all academics have personal research projects they sometimes work a lifetime on just as a matter of curiosity or passion.  Do have one or more?

When I came to the US for university, I made sure to take my English 101 and 201 courses right away.  In these courses, I was given the opportunity to research my own topics much of the time.  I knew I wanted to be a math teacher.  I had experience going to international schools with kids from many different countries and had some idea that math was taught and organised differently around the world.  Pretty quickly I started to consistently research international math education.  Thankfully, at that time the second Trends in International Mathematics and Science Study (TIMSS) had just been conducted, and new data and analyses were being published.  The results showed that many of the top-ranking countries for mathematics were in South East Asia.  This of course piqued my interest, having grown up in SE Asia!  Ever since then I have looked at studies and books that have tried to figure out why this is.
​

What do your read, listen to, watch, or do to keep up with your profession?

While there are a bunch of things teachers do to stay current (read books and articles on pedagogy or learning, follow #MathEd on Twitter, be part of National organisations like NCTM, go to conferences, etc.), I think what continually ends up being the most impactful in my teaching are times where I get to meet with my colleagues and discuss conferences or study a book together.  It is here where we get to analyse the research and figure out how to put into action in meaningful and feasible ways for our teaching and students.  Moreover, we continue to then analyse our implementation and work through the cycle of research – implement – analyse – adapt – re-implement to continually improve and grow.

As a student, when did you know you were more math than English?

​This is hard to determine.  I never thought of myself as being more math than English until high school.  It was then when studying and learning the two became more distinct.  I think it might be better said I started seeing a distinction between math and language arts.  What I mean is that we could switch to compare any other language besides English and Math and I think there would be similar distinctions.  English as a language in and of itself was not contrasted with math any more than Mandarin, Cantonese, or Portuguese. 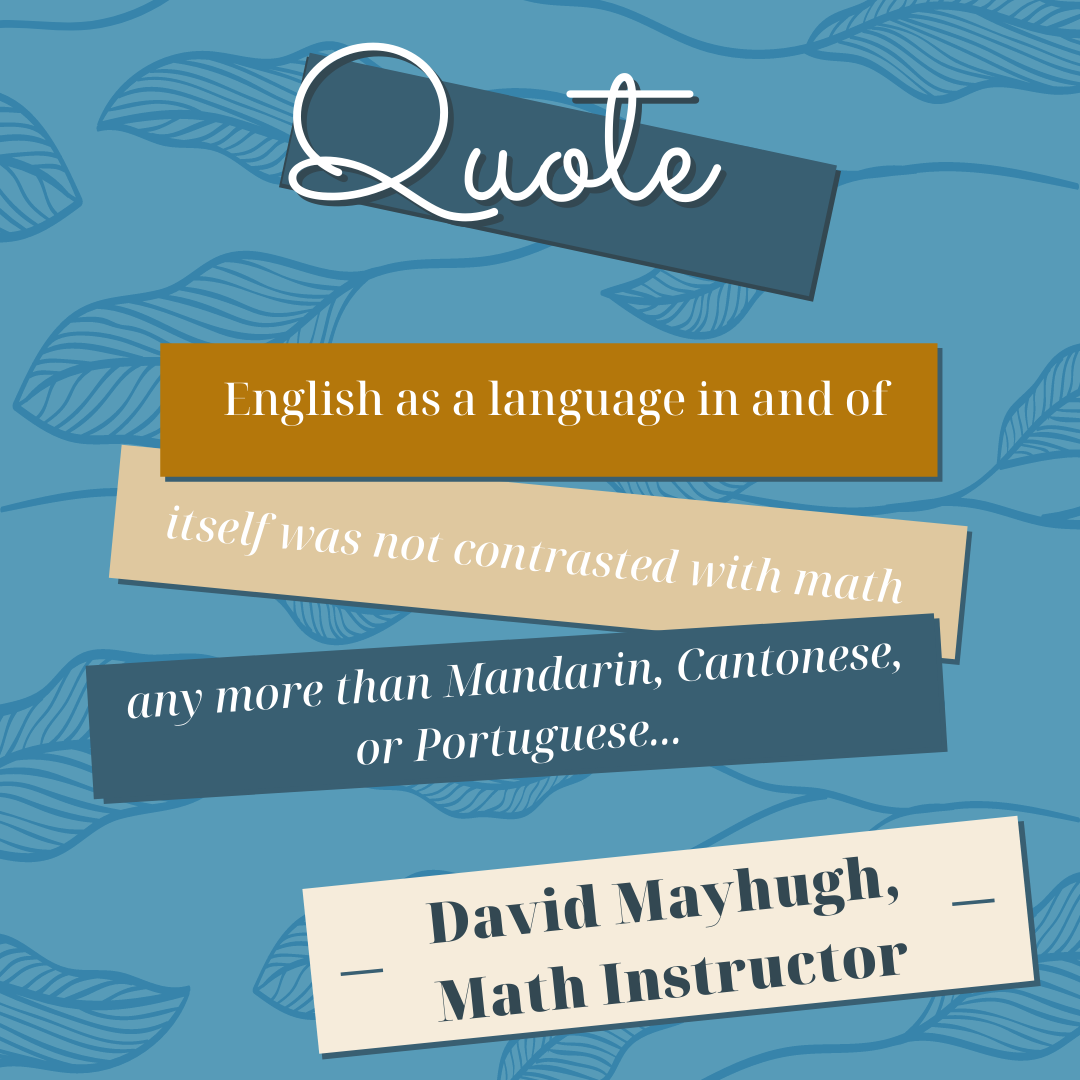 To get to my point, it was in high school that I more clearly noticed how we studied math and language arts.  In math, we used the same foundational truths (axioms) and logical deductions for everything we did.  This meant we could follow each others’ reasonings and follow the math.  Using deductive reasoning it also gave use a logical guarantee and confidence to know what are studying is true and accurate (given the presuppositions).

However, in language arts it seemed that outside of grammar it was never clear what our foundational truths were nor how to navigate.  Most of what we studied did not have an author’s guide to explain their thinking let alone purpose.  And yet, language arts expected us to figure this out.  Moreover, the strategy to do this mainly consisted of inductive reasoning, a fair amount of assumptions made, and very little explicit teaching of the hermeneutics used.  For me as a student at the time, it came across as we cannot know without a doubt what the author was originally intending but there is an expectation that I must come to the same conclusion as the teacher.  Again, this was my perception at the time.  How was the teacher supposed to be able to know and how could I trust that?  How was I supposed to be able to this independently without the expertise of the teacher?  I am a very literal person, so things like poetry or metaphor were much more difficult to understand, let alone justify.

To put it simply, math was studied in a way that is universal regardless of my lack of cultural understandings and with quality logic while language arts was studied in a way that seemed sloppy and extremely biased, at the very least, with no guarantees.  So for me, I naturally gravitated and toward that which was accessible to me no matter who I was or where in the world I was learning it.

What book, poem, or study have you read that engaged you so deeply you were changed?​

The Bible is the clear and easy answer to this question.  I say this not only from a personal perspective because of the truths that change lives, but also from a more academic perspective.  From the last question, you might notice that studying language arts is not something that I have really enjoyed and have struggled with in my academic life.  As I have gotten older and learned more about determining and using quality hermeneutics, applying these to study the Bible has not only helped me better learn to read and understand it but also better connect to and use the skills of being a mathematician.  Both theology and mathematics are axiomatic systems and can be studied systematically.