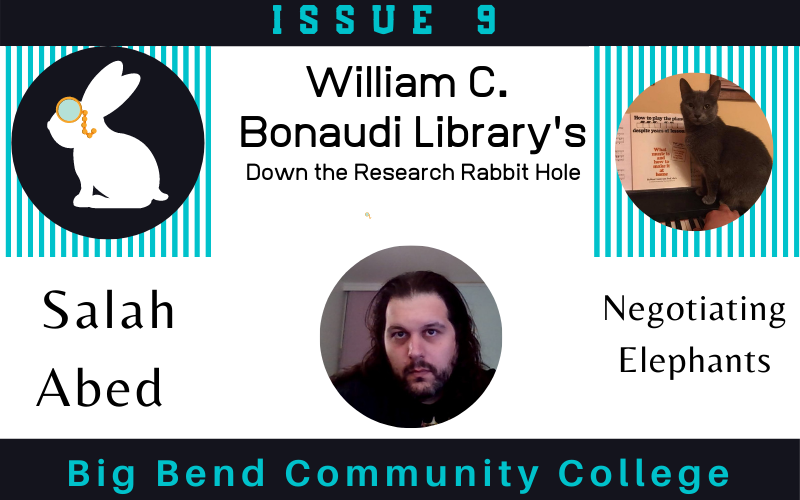 Tell us about your biggest, deepest dive into research.  This could be personal or academic.

Most of the academic papers I've read either deal with statistics or game theory. For the former, I feel strongly that using real-life data is more meaningful and more interesting. It's often difficult to find the exact parameters and information that I'm looking for—and to "digest" the data to suit the points that I'm trying to make in class—but it's worth it when I see students show genuine emotions in reaction to the real-life information that they're learning!

The latter is a fascinating field of math that could potentially help explain why human beings make the decisions that they make.

When I was a kid, my dad would tell me stories of Middle Eastern historical figures. One was Ṭāriq ibn Ziyād, the Umayyad general who initiated the Conquest of Hispania. Legend has it that when Tariq's forces invaded the Iberian peninsula, the first thing he did was burn all his own boats! That just seems like a silly thing to do, but it left his soldiers with no choice but to fight. That's where game theory gets fascinating when what's best for us can take all sorts of different forms!

What sources do you rely on to keep you up on your field?

When I teach statistics, I look at news articles on Gallup and the Pew Research Center almost every day to gather interesting data. I try to keep up with mathematics news as I encounter it, but I tend to have more interest in teaching and the neuroscience behind learning. I like to read textbooks to find alternative ways to explain concepts and different lenses to look at the same concept. I often tell my students to think of math as the old fable of the blind men and the elephant. The real goal isn't to memorize the part in front of us but to the best, clearest idea of what an elephant is!

What is the most amazing book you've ever read?  Runner ups are also OK.

Sarah Bauer recommended me this book called Make It Stick: The Science of Successful Learning by Peter C Brown, Mark A. McDaniel, and Henry L. Roediger III. I'm not even all the way through it yet but it's changed everything I thought I knew about how the brain learns! As a student, I did a lot of what my own students do: a Sisyphean cycle of cramming and reciting. I want better for my students, and this book has given me a lot of ideas to make that happen.

My favorite fiction book is The Master and Margarita by Bulgakov. It's funny, it's weird, it's irreverent, and best of all, one of the supporting characters is a six-foot-tall black cat named Behemoth!

You always bring new things and thoughts to the table.  Where do you pull these from?  Organizational membership? Journals? Social platform groups?

I appreciate that! In practice, I mostly just listen to the people who have the fewest opportunities to get listened to. Then I investigate their ideas and theories on my own and go from there. For example, I read this piece a while back by a researcher named Jessica Calarco. She mentioned her book, Negotiating Opportunities, where she chronicles her field study of middle school students and the various advantages that she observed certain students receiving because they were trained to game the system. I haven't finished that book yet either, but I strongly recommend it! When I was a student, it seemed like there was a whole body of knowledge that successful students had that had nothing to do with the classroom material. I'd like to change that.

If you could spend the rest of your life free and supported to research one topic, what would it be?

I would never have the ability to stick to just one topic! Being a mathematician has given me several habits of mind that I use every day. Perhaps the most useful has been not to take things at face value; we only know something is true for certain if we can prove that it's true. I could spend the rest of my life taking things that we (think we) know are true and figuring out why!